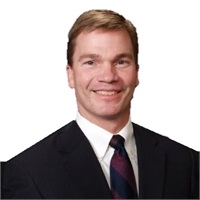 Joel Gray Clousing believes most Americans overpay for their insurance.

J2 was created to make insurance companies compete for your business. Joel began his career as a CPA with KPMG in 1985. In 1987 Joel transitioned into the financial industry. He has earned both respect and loyalty from the clients he continues to serve today. His goal is to protect client’s assets, at the best possible price. Joel advises our corporate client division, working with CEO’s on a number of risk management solutions.

Joel received his Bachelor of Science from Trinity Christian College in Palos Heights, Illinois, and subsequently was registered by the University of Illinois as a Certified Public Accountant and is a current member of the Illinois CPA Society.

Joel and his wife Patti reside in Wheaton, Illinois, and are the proud parents of six children. He has been a board member of LifeSong for Orphans since 2006 and has also been involved with the Chicago West Side Christian School. Along with spending time with his family, Joel enjoys playing tennis, exercise, and reading. However, his favorite weekend activity is playing with his grandson Jay.