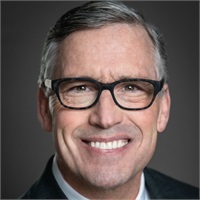 John V Grimes began his career in Finance on the floor of the Chicago Board of Trade in 1985. John worked his way up to pit broker by 1991. John built his business by being someone who believes in being honest, giving maximum effort and using his abilities would equal loyal customers. In 2000 John became an independent trader trading the “ yield curve “ spread. By using his abilities in risk management, John was able to trade entirely independent using only his own capital.

John has now turned his focus to another form of “ risk management “ by becoming a licensed insurance provider in all four lines of insurance.